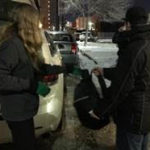 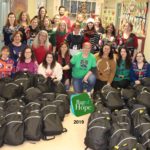 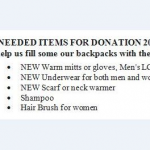 I don’t know what is up with this web page today but things are soooo slow it is driving me crazy.  Not only that… I had  almost finished the blog and it just disappeared.  I was so mad I went and vacuumed the whole house…. well at least I got a lot done haha.

I will attempt again but maybe save it along the way this time.  To back track to the 16th..  That day we were supposed to do pretty much all the packing.  We did get the majority done so I was sitting at the computer listening to CTV news trying to see if they would show the filming they took earlier in the day as we were packing. Well I didn’t catch the filming but did see the cameraman’s interview with a homeless woman standing in line to go inside.  She was crying and saying she’d rather be dead than have to put up with the pain of freezing outside. She never thought she’d ever be in a predicament like this. She’d lost her appartment because she couldn’t pay for the rent.

Well instead of feeling some relief that most of the bags were packed, I felt twice as great a burden that we were not doing enough.  The next day I took my husband with me (to carry things haha) and we went out and bought 20 more big bags and 40 mini bags. And Giant Tiger was awesome again selling us the hoodies for only 5 dollars each.  Nice big warm ones too. plus I bought more of the rolled up little blankets.  I was up till the wee hours of the morning making bags and the next day (17th) my daughter Pricilla spent all day packing with me.  That’s when we ended with 240 big bags and 50 little ones.  I will update what goes into a little one later on when we start to prepare for next year.